Proprietary Deals: Should I Sell My Business Directly? [PODCAST]

No matter how involved you are with your business, there will come a day when you decide the time has come to exit. If you created or added value to the business, you might be fortunate enough to receive interested buyers before ever putting it on the market – but it is not as simple as an offer and a handshake.

Mike Hirshberg, Director at Northborne Partners, says that the landscape of M&A is a seller's market right now. "You've got investors and buyers trying to be more aggressive in terms of preempting a process," he says, looking to make a strategic acquisition "without having to pay a premium price."

Whether you are looking for buyers or they are lining up at your door, the process of selling your business is not without challenges. One of the most important choices you will make is whether to deal with buyers one-on-one or with an M&A advisory team, and your decision could mean the difference between the deal of a lifetime and disappointment.

'Should I sell my business directly to the buyer?'

In the context of a transaction, a deal that gives one buyer the first opportunity to purchase your business is called a proprietary deal. Entering a proprietary deal typically means forgoing the input of investment bankers, accountants, and other M&A advisors during early stages of the process.

Listen to this conversation on The Transaction Abstract, an M&A podcast from Redpath:

Redpath and Company · Should I Sell My Business Directly? (with Mike Hirshberg of Northborne Partners)

In a typical sale process, you would reach out to multiple parties to maintain leverage among them to get the best deal – an advantage Mike calls a "web of competitive tension" – but in a proprietary deal, "the buyer is trying to entice the owner to explore a sale with them directly."

A proprietary deal can come for a number of reasons. If the owner sees a great fit between their company and the buyer, they might consider dealing with them directly and exclusively; or it can be the result of the buyer's strategic incentive to lock out competition from driving up the sale price.

Mike compares it to putting your house on the market: "If you entertain someone who's eager to purchase your house before it's on the market, you might be able to get a deal done quicker – but you'll never know what the true value of the property is."

'Time kills deals': How an advisory team can minimize risk and increase value

It is important to note that proprietary deals and broad processes are not mutually exclusive. An advisory team's goal is to facilitate a deal that meets their client's goals. Mike says the job of an advisor is to "educate clients … to shift negotiating leverage back to their side."

Of course, some buyers who are more sensitive to price might be put off by the idea of bringing on M&A advisory services because it makes the deal more competitive. It can "push them to deliver value in the price," Mike says. But some buyers actually prefer when the seller hires an M&A advisory team because it "helps facilitate due diligence and push the process along."

Whether it's one-on-one or part of a larger process, Mike says that "time kills deals" – and that does not benefit either party. An M&A advisory team made up of legal counsel, tax specialists, and CPAs helps with elements like data requests and negotiation to push the deal timeframe forward without skimping on due diligence rather than let things drag out.

This does not mean you should always open the sale to multiple parties – just that you should have the right people on your side to consider it from as many angles as possible. Whether you sell your business to the buyer one-on-one or engage in a full M&A process is ultimately up to you as the seller. The important part is to choose an approach that fits your reasons for selling and what you want on the other side of the deal.

In some cases, like those in which a seller wants to exit the business (what Mike calls "riding into the sunset"), that might mean reaching out only to specific groups of sellers rather than opening the deal to the public. In other cases, you might be looking for a financial partner to scale up in a fast-growing industry.

Mike says that the most important focal point of an M&A advisor's work is understanding the seller's objectives: What's motivating them to sell? Is there a finite window in which to get the deal done? "There are different incentives and objectives," Mike says, "and it's our job to tailor a process related to that."

In any scenario, selling your business is not a decision to be made quickly. Mike says today's increasingly competitive M&A market underscores the importance of taking it a step at a time: "The aggressiveness of the buy-side ... is probably causing more and more people to think about it much more rapidly than you might have seen 10 years ago." 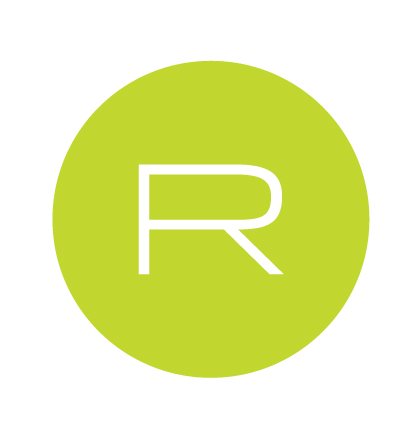 Redpath and Company helps clients make more informed decisions that contribute to their financial well-being by providing proactive, innovative, and value-driven CPA and advisory services for closely-held businesses, private equity, government entities, and nonprofit organizations. Core commercial industries served include manufacturing and distribution; construction, real estate, and engineering; and technology. Areas of service expertise include audit and assurance; personal, business, and international tax; state and local tax; sales and use tax; and succession and estate planning. Redpath also guides clients throughout the entire business life cycle with performance optimization and process improvement; M&A advisory, including corporate and deal strategy, due diligence, financial modeling, and M&A integration; accounting and management outsourcing; and valuations. The firm was founded in 1971 and is 100% employee owned (ESOP). With offices located in St. Paul and White Bear Lake, Minnesota, the firm ranks as one of the top CPA and advisory firms in Minnesota. Redpath is a member of HLB International, a global network of independent advisory and accounting firms. For more information, visit www.redpathcpas.com.