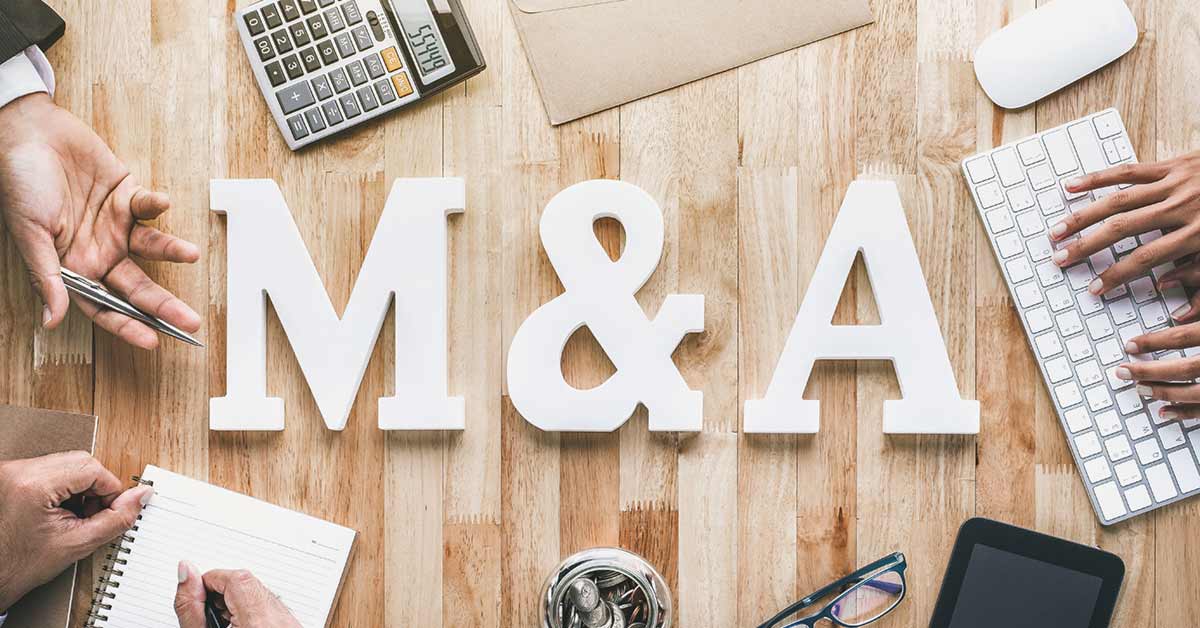 April 27, 2019 — Buyers and sellers have always taken taxes and tax law into account when evaluating a potential transaction. Sellers want to make sure that the proceeds they receive, net of their tax liability, is appropriate for what they think the company is worth. Similarly, buyers want to make sure the economic return they make, after paying taxes, will justify their purchase price. While taxes have always been an important consideration, the Tax Cuts and Jobs Act has added some new twists that need to be taken into account.

As a general rule of thumb, buyers want to buy assets and sellers want to sell stock. The primary reason is that buyers want to avoid any liabilities (known or unknown) that they will assume as part of the purchase of the company stock. In addition, in an asset purchase, buyers take a tax basis in the assets equal to the assigned purchase price that can be amortized or depreciated. In contrast, when acquiring company stock, the buyer’s depreciation and amortization is limited to the remaining tax net book value of the target’s assets.

A buyer’s ability to amortize and depreciate the purchase price has always been an attractive aspect of an asset purchase. The expansion of the bonus depreciation rules as part of tax reform has now made this even better. Qualified property (generally, tangible personal property) purchased after September 27, 2017, and before January 1, 2023, is eligible for 100% bonus depreciation. In addition, tax reform expanded the definition of qualified property to include most “used” property meaning that buyers can now get an upfront deduction for the portion of the purchase price allocated to such property. The bonus depreciation deduction will phase down 20% per year beginning in 2023.

On the flip side, Sellers generally want to sell stock to have the transaction taxed at the preferential capital gains rate. In an asset sale sellers often increase their tax liability because some of the consideration can be taxed as ordinary income rather than capital gain. Sellers of interests in partnerships and LLCs taxed as partnerships generally have a result similar to an asset sale because of special partnership look-through rules. Most commonly, ordinary income results from the recapture of past depreciation and amortization deductions, as well as from the sale of certain assets—such as cash basis accounts receivable—that were not previously taxed because the seller used the cash basis of accounting.  The impact of the ordinary income tax rates can potentially be reduced if a business is eligible for the new IRC 199A deduction (20% pass-through deduction) but the overall tax rate will still be higher.

Read about the final regulations for the IRC 199A deduction by clicking here.

Because of tax reform, more businesses may choose to operate as a C corporation to take advantage of:

The tax benefits of selling stock are even greater for C corporation shareholders because it allows them to avoid the “double tax” of having the corporation pay tax on the asset sale proceeds in addition to the shareholders on the distribution of the sales proceeds.

Furthermore, some sellers of eligible C corporation stock may qualify for the capital gain exclusion available under IRC 1202—not new to tax reform—that will allow them to exclude all or a portion of the gain on the sale of their stock (limited to the greater of $10 million or 10 times the adjusted basis of the stock acquired). The amount of the exclusion depends upon when the stock was acquired as follows:

Eligibility for the IRC 1202 exclusion depends on a number of factors, including how the stock is acquired, the holding period of the stock, and the type and size of business at the time of issuance of the stock. For the 50% and 75% exclusions, there is a special tax rate on the portion not excluded, as well as certain adjustments that are required for alternative minimum tax purposes.

Tax reform provides a new limitation on the deductibility of business interest expense to 30 percent of adjusted taxable income. Any interest expense in excess of the threshold will be disallowed, but can be carried forward indefinitely until such time when it can be utilized. This new limitation can significantly impact the timing of tax deductions and related cash flow, so it needs to be understood and accounted for when determining the ideal capital structure of the acquisition.

The new limitation applies to businesses with average gross receipts in excess of $25 million; however, taxpayers need to aggregate the gross receipts of certain related parties when determining if they are over the threshold. In addition, businesses that are considered to be tax shelters—because they allocate more than 35% of their losses to limited partners or entrepreneurs—are also subject to the interest limitation. Private equity firms and other buyers utilizing higher percentages of debt will be particularly impacted by this new limitation.

Adjusted taxable income is defined as taxable income without regard to items not related to a trade or business (i.e. investment items); any business interest expense or business interest income, net operating losses, deductions under IRC 199A, and—for years beginning before January 1, 2022—depreciation, amortization, and depletion deductions. Adjusted taxable income is similar to EBITDA, but, as noted below, the definitions in the proposed regulations are limiting and will impact taxpayers and the calculations of their interest limitations.

The proposed regulations under the new interest limitations take an expansive view of interest and include most items treated as interest in substance or form, including:

Furthermore, the definition of depreciation in the proposed regulations does not include depreciation capitalized to inventory under the Uniform Capitalization (UNICAP) rules and expensed as cost of goods sold. Therefore, the impact to manufacturers can be significant.

One potential solution is the utilization of various classes of equity. If done properly, this can minimize the impact of the interest limitations and achieve a similar economic result for the buyer. However, care is required in order to ensure that the allocations and distributions are respected—and not reclassified as interest expense.

Outside of an expected change in tax rates, the timing of a sale transaction has generally not been of significant concern when considering the tax consequences to the buyer or the seller. If anything, a seller may have seen a slight benefit when closing a sale transaction early in a year as opposed to later in the previous year to delay the timing of when estimated tax payments related to the sale were required to be paid. However, because of the new IRC 199A deduction, sellers of pass-through entities or related asset sales may now have a new aspect to consider in determining when to close on a sale transaction.

The new 199A deduction is generally limited to the greater of:

To the extent that the sale of the business generates capital gain the new 199A deduction will not be relevant to the transaction. However, as discussed previously, businesses that sell assets or are treated as selling assets can have some or all of the gain from their business taxed as ordinary income. For federal purposes, the top income tax rate for ordinary income can be as high as 37%. However, ordinary gain from the sale of a business can be eligible income for 199A purposes if the business income would otherwise be eligible. Depending upon the amount of ordinary income on the transaction, the impact of the deduction can be significant—lowering the top rate on that income to 29.6% if all other requirements are met.

Because the deduction is limited in part by the wages of the business, the timing of the sale can be relevant to the overall tax rate the sellers pay on ordinary income. If, for example, the business is sold on January 1st rather than December 31st, the seller may have no W2 wages, as opposed to a full year’s worth of W2 wages for the purpose of determining the W2 wage limitation. The regulations specifically address this point, providing that in the case of an acquisition or disposition of a trade or business, or major portion thereof, where the employees become employees of the acquirer, the wages must be allocated between the buyer and seller based upon the employee wages incurred during each of their ownership periods.

Furthermore, only property held at the close of the tax year is taken into account for determining the unadjusted basis of qualified property.  As a result, sellers need to monitor the potential ordinary income from a sale transaction and the impact of the wage and property limitations on their potential 199A deduction.

John Kammerer, CPA, is a tax partner at Redpath and Company and holds a seat on the firm’s board of directors. He leads the firm’s business tax service area, assisting clients with tax planning and preparation, entity structuring, and M&A transactions. John works with a variety of clients in industries such as manufacturing, construction, real estate, and professional services. He is a frequent presenter on topics of business taxation and entity structuring. John is also a member of the S Corp Association advisory board and is actively involved with the group to promote and support tax policies that positively impact S Corporations and privately-held businesses. John graduated from Winona State University with a Bachelor of Science degree in Accounting. He is a member of the American Institute of Certified Public Accountants (AICPA) and the Minnesota Society of Certified Public Accountants (MNCPA). He has provided public accounting services at Redpath and Company since 2004.