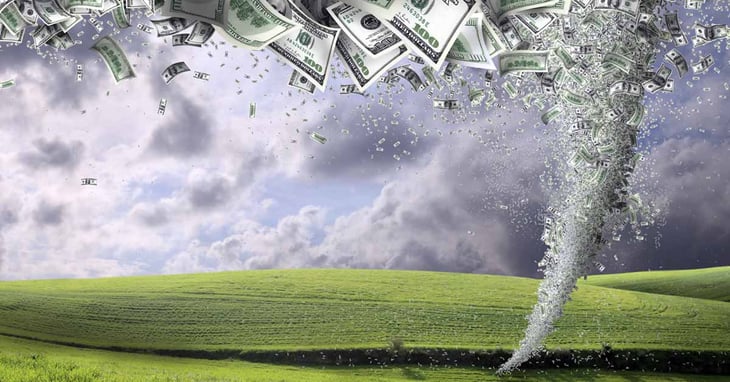 November 10, 2017 — On Thursday, November 9, the House Ways and Means Committee voted to move ahead with a modified version of their tax plan as the Senate released their version of the "Tax Cuts and Jobs Act."  The Senate version is scheduled for markup by the Senate Committee on Finance this Monday, November 13th, and the full House plans to vote on the bill next week.

While both parties continue to advance their respective tax bills, some key differences remain.  Below is a summary of some of the major tax law changes contained in the respective bills. 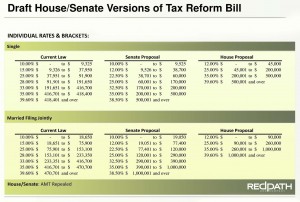 The House and Senate versions took different approaches on the taxation of pass-through income.

The House created a 25% tax rate that applies to all the business income of passive owners and to the portion of the pass-through income considered related to capital for active owners.  The remaining income is subject to the individual tax rates.  The capital percentage is generally 30% but can be increased for certain industries.  Specified service businesses are not eligible for the 25% rate.

In the original release of the bill, all income other than the portion eligible for the 25% rate was considered labor and subject to self-employment taxes.  Prior to the committee vote, a significant change was made that retained the current rules for treatment of self-employment earnings.

The Senate created a deduction equal to 17.4% of qualified business income which is generally defined as domestic business income other than investments and the portion of the business considered compensation.  The 17.4% deduction is limited to 50% of the taxpayer's W-2 wages and does not apply to specified services businesses above certain income levels.

Congress continues to move forward on tax reform.  The changes proposed would significantly impact our current tax system so individuals and business owners need to consider the potential impact on their business and decisions they make between now and the end of the year.  We will continue to monitor what is happening and provide updates as things move forward.