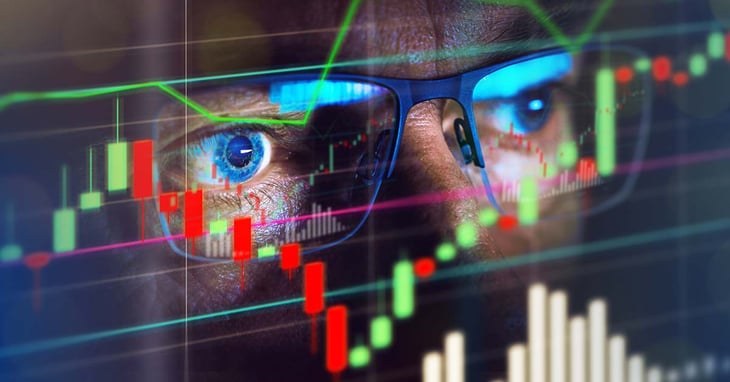 The ESOP Feasibility Study is a Transaction Roadmap

The sale of a business is the culminating event for many business owners who are finally ready to begin the next chapter of their life. Confronted with the myriad of exit options available, an Employee Stock Ownership Plan (ESOP) often catches their attention given the tax-advantaged aspects of an ESOP sale.

Understand the non-financial aspects of an ESOP transaction

An ESOP feasibility study should walk business owners through the non-financial analysis of an ESOP transaction; price is rarely the only motivating factor when transitioning a business and ESOP transactions can often be good succession strategies for business owners who are concerned with company legacy, employee welfare, and other non-monetary factors like pride of ownership, culture, and values.

Feasibility studies strive to outline and address the differing goals and objectives between the affected parties and determine whether or not an ESOP transaction, contrasted against other exit strategies, would be the best path forward. 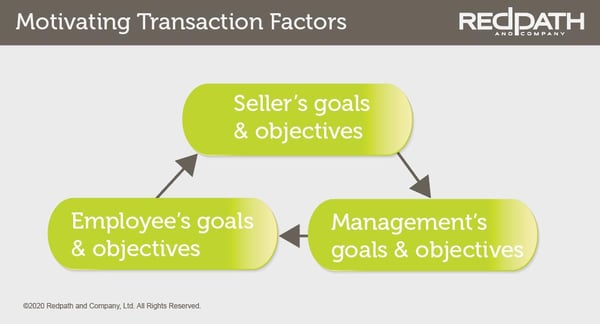 Establish a preliminary value of the company

The preliminary valuation of the company creates the base foundation for the financial feasibility analysis of any ESOP transaction and is, therefore, an important first step for a seller to understand. Unlike traditional third party sales where buyers and sellers are unencumbered by preset terms for negotiating, all ESOP transactions must be based on an exchange of “adequate consideration” as defined by the Department of Labor.

Since adequate consideration is a required element in the creation of an ESOP plan under ERISA, the plan cannot pay more than fair market value. This limits the ability of the ESOP to become a “strategic buyer”—where sellers usually obtain the highest price—and instead positions the ESOP as a “financial buyer.”

As a financial buyer, the price is determined by a financial analysis encompassing expected future returns, risk, and other equity-based characteristics of the anticipated equity percentage purchased by the ESOP.

The constraints on the deal price that restrict ESOP transactions via the adequate consideration rules place a great deal of importance on making sure the initial valuation is performed thoroughly and correctly.

Following the review of the potential sales price, selling business owners need to make the determination as to whether the price falls within an acceptable sales price range to either accomplish their selling objectives or determine that the ESOP transactions process should be abandoned so that a course correction can be made, and other exit strategies pursued. Tackling valuation issues right off the bat provides sellers an easy exit from the ESOP transaction process without consuming excessive time and money pursuing what can end up being a fruitless endeavor. 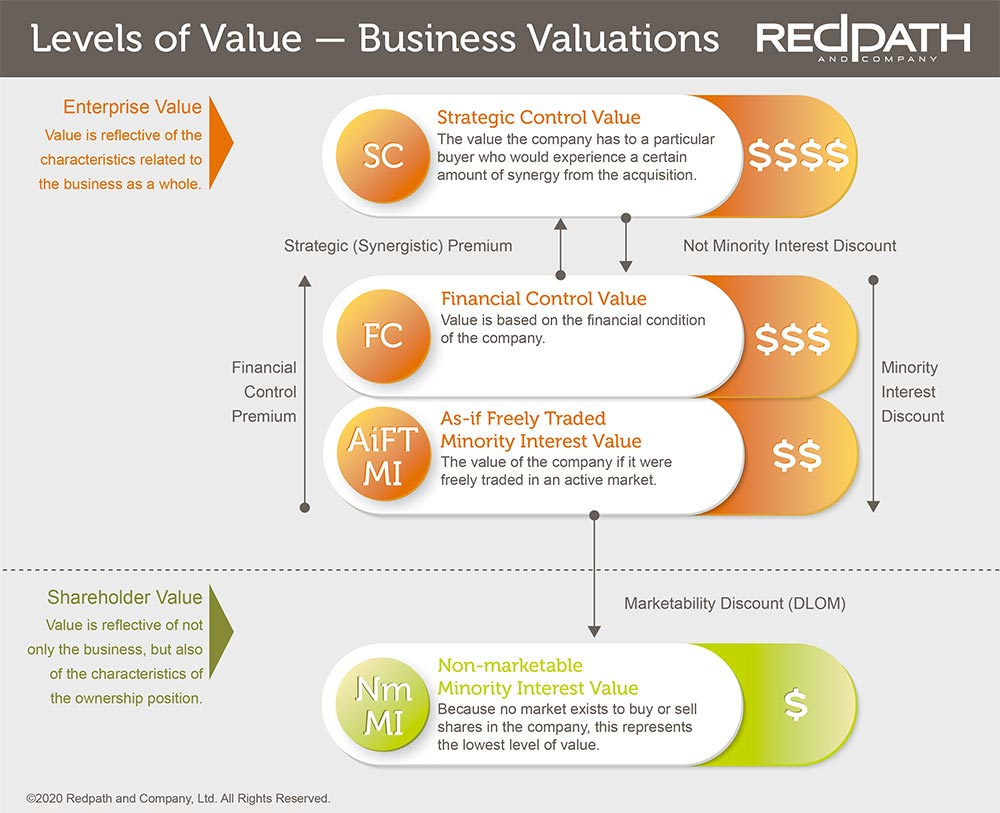 With a clear idea of the motivations driving the sale and a sale price in place, the next step is the transaction design phase which begins with entity structuring. An ESOP can only be established by a corporation, so if a sole proprietorship, LLC, or partnership wants to sponsor an ESOP, they must first convert to a corporate choice of entity. Note that generally, the conversion to a corporation is tax-free.

Historically, laws were such that only C corporations could establish ESOPs, but Congress passed legislation effective January 1, 1998, that allowed for the creation of the S corporation ESOP, and the tax issues surrounding the two entity structures are an important factor to understand when setting up an ESOP Company. 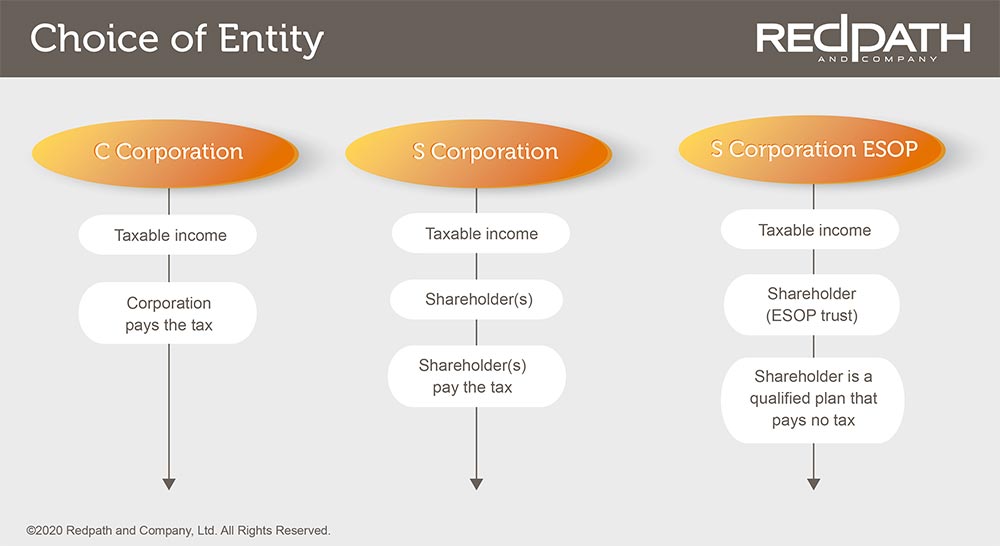 Now that S-Corps can also sponsor ESOPs, the 100% S-Corp ESOP has become the gold standard in entity structuring tax planning because it allows the trust to avoid paying federal and state income taxes altogether—in contrast to C-Corp ESOPs which still pay taxes as an entity. This tax benefit allows for greater retention of profit, which can be allocated toward funding growth or satisfying the repurchase obligations of the trust.

Not all S-Corp ESOP transactions mandate the transfer of 100% of the stock, but the company will still realize a tax benefit for the portion of income allocated to the ESOP since they will not owe tax on that amount. However, it is important to note that S-Corps will typically distribute monies to their owners to cover their tax obligations and, while the ESOP will not have a tax obligation, the S-Corp rules still dictate that the ESOP receives their pro-rata share of any distributions made by the company. This can lead to partial S-Corp ESOP trusts accumulating a significant amount of cash over time.

From a tax perspective, the ongoing tax avoidance of the S-Corp entity structure seems superior to that of a C-Corp. However, the C-Corp entity structure can often entice shareholders selling in an ESOP transaction because of the tax deferrals offered by this structure for the individual—this benefit to the selling shareholder is the 1042 rollover. The Internal Revenue Code 1042 allows shareholders selling C-Corporations to ESOPs to defer capital gains tax if the proceeds are invested in qualified replacement property (QRP). You can learn more about the 1042 rollover by clicking here.

Once the entity structure of an ESOP transaction has been determined, a feasibility study should help inform the roadmap and analysis of how the stock will get to the ESOP trust.

Unleveraged ESOP transactions are relatively rare, but they are important to consider in a proper feasibility study. In an unleveraged transaction, the sponsoring company’s contributions are the main driver in providing the ESOP trust with assets. This includes either contributing stock directly to the trust or making cash contributions, which provides the trust the liquidity it needs to purchase shares directly from the selling shareholders.

A feasibility study will walk the selling shareholders through each type of transaction. Two vital components of an ESOP feasibility study are the measuring of the impacts this type of transaction will have on ongoing cash flows and the determination of whether it is feasible to meet all of the cash flow demands of the company post-transaction. When the transaction is being modeled, any difficulty or constraint to cash flow should signal caution to the advisors and may mean that they need to rethink critical components of the transaction such as the valuation, structure, and debt levels. 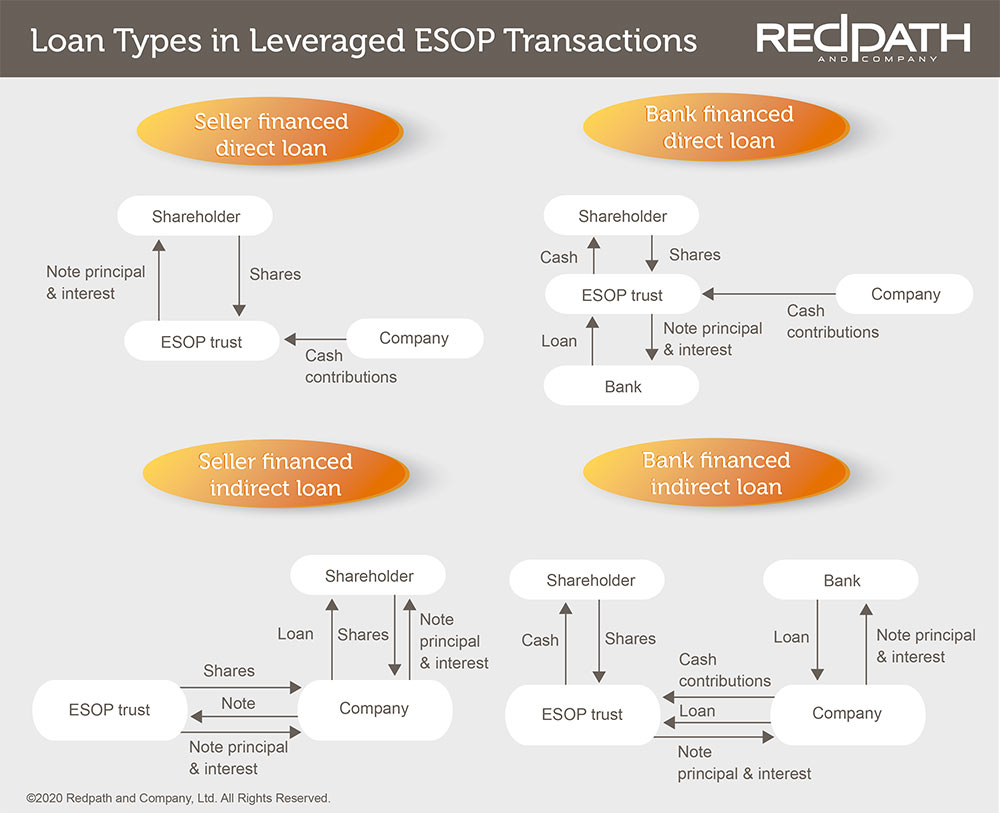 Each of these scenarios has its own benefits and drawbacks, so a feasibility study will help determine which approach is most appropriate given the facts and circumstances.

When outside lenders like a bank are involved with an ESOP transaction, all other debts are usually subordinate to the bank. Generally, these loans are repaid on a five to eight-year amortization schedule and account for a significant amount of the company’s post-transaction cash flow. Often, in an effort to free up cash flows, seller financing notes will be structured as interest-only while the outside financing is being repaid—alternately, these notes could be structured with longer repayment terms and lower interest rates.

The inside loan is the loan between the trust and sponsoring company which exists in both leveraged and unleveraged transactions. These inside loans tend to have significant repayment terms—often 20 years or longer. Inside loans are an important mechanism in an ESOP transaction, as repayment of this loan releases shares held in suspense to participants of the trust. To repay this loan, the company will make annual cash contributions to the ESOP, with the ESOP then turning around and using that cash to make debt payments back to the company. Given the circular nature of this loan, it is eliminated and is not reported as an asset for financial statement purposes. However, it is still a legally recognized loan, and cash should be contributed to the ESOP and returned to the company. Additionally, while interest income is not recognized for financial statement purposes, it will be recognized on the company’s tax return as additional income.

The ESOP structure for a sale transaction is complex and has multiple moving parts. The ESOP feasibility study will help those involved understand the transaction from a high level, demonstrate alternative scenarios for the company post-transaction, and, most importantly, illustrate the impact of the transaction on the company’s cash needs.

The financial benefits to the seller

While the transaction structure of a feasibility study reflects the ESOP sale from the company perspective, the study will also consider the transaction from the seller’s perspective, framed in terms of rates of return, and detail how and when owners can expect to be compensated for selling their shares.

In a typical ESOP transaction, selling shareholders will walk away with an initial cash payment for a certain percentage of their shares and selling shareholder notes for the remaining balance. A feasibility study will measure the company’s current cash balance, future cash needs, outside debt capacity, tax impact, and seller objectives to determine appropriate and reasonable initial cash payments. Any remaining balance is financed by the seller over a period of time, these seller notes are usually subordinate to any outside financing, and as such, they carry higher market interest rates. Given the cash constraints a leveraged buyout places on the company, many selling shareholders opt to provide more favorable financing terms in the form of below-market interest rates and longer repayment terms to the company. This serves as a way to free up cash in the early post-transaction years in an effort to pay off all outside debts and still operate normally.

In lieu of higher interest and a quicker repayment schedule, selling shareholders will frequently opt to take on warrants as part of the consideration for their shares. Warrants provide an enhanced return to sellers and can be an effective tool in the ESOP transaction structure to generate necessary rates of return for the selling shareholders, lower initial cash interest payments on any seller financing, and allow selling shareholders to continue to participate in any company growth post-transaction.

A warrant is a financial instrument and is almost identical to a stock option that grants the holder the right to purchase shares at a specified price at a future date. Warrants are an enticing option for selling shareholders who believe in the future growth prospects of the company and want to participate in this potential upside after the sale if and when it is realized. When it comes to warrants, the feasibility study will help determine the number of warrants provided to selling shareholders, set a strike price, work around any S-Corp single class of stock requirement issues the warrants could potentially create, and analyze the tax consequences of the warrants.

A feasibility study is not “one and done”

The ESOP feasibility study brings together the thoughts, needs, and concerns of the multiple parties affected by the potential transaction. The study will consider the intended goals, initial questions, and interests of all parties to provide the roadmap which will serve as an important jumping-off point for the ESOP transaction process.

As the process evolves, it is highly likely that the circumstances surrounding the transaction may change. Therefore, it is important to remember that the ESOP feasibility study is an iterative process that should remain an ongoing part of the transaction process, and be continually updated with the most relevant, up-to-date information regarding the transaction.

By helping stakeholders plan ahead and know what to expect, the ESOP feasibility study is one of the most influential tools available to selling shareholders to ensure a successful and mutually beneficial ESOP transaction for all parties involved. 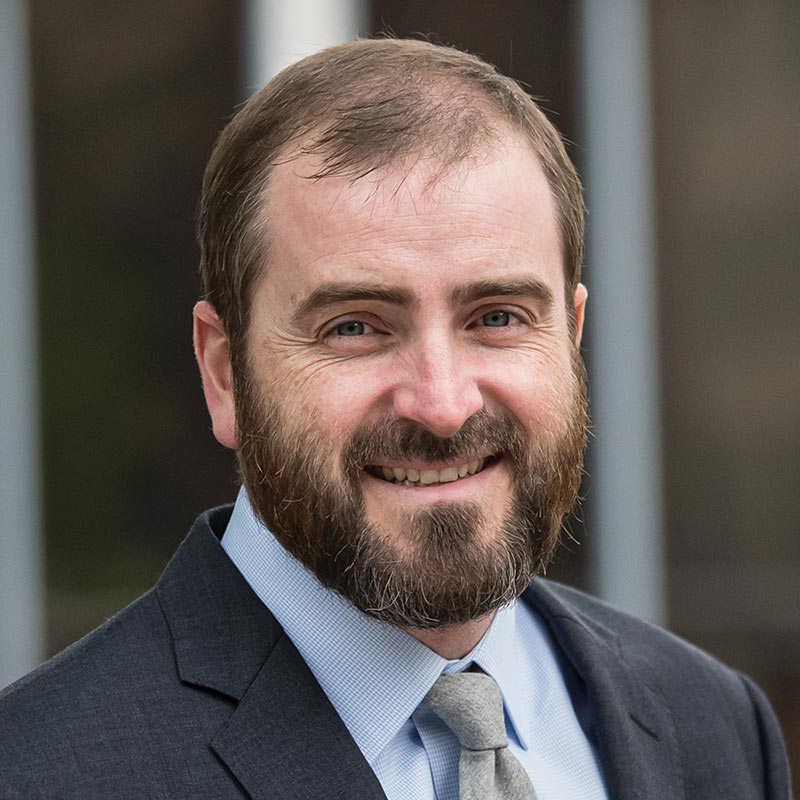 Emmett Mulcahy is a director and is the business valuation service area leader. He assists clients with business valuations for ESOP, estate and gift tax, shareholder buyout, buy/sell agreement and transaction consulting purposes. Emmett works with a variety of clients in industries such as construction, architects and engineers, family limited partnerships, manufacturing, and real estate. He has provided public accounting services at Redpath and Company since 2008.